Everything You Need to Know About African Black Soap 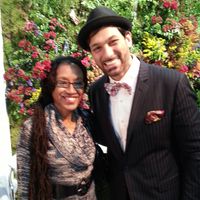 Medically reviewed by Morgan Rabach, MD
Dr. Morgan Rabach is a board-certified dermatologist and Clinical Assistant Professor of Dermatology at The Icahn School of Medicine at Mount Sinai Hospital.
ABOUT BYRDIE'S BEAUTY & WELLNESS BOARD
BOARD-CERTIFIED DERMATOLOGIST

History and Origins Types
How It's Made Frequently Asked Questions

African black soap is familiar to many people of African descent for its skincare benefits. It has been known to soothe skin irritations and diseases from simple rashes to contact dermatitis and psoriasis, as well as fading skin discolorations and evening out skin tone.

Nigerians and Ghanaians have used black soap for centuries for bathing and for reducing body odor. It was, and still is, used as a shampoo for hair, not only to cleanse, but also to alleviate scalp itchiness and irritation. African black soap was used to relieve oily skin and certain skin conditions, such as acne and eczema.

Women used black soap for skin care during and after pregnancy to keep from getting dry skin, stretch marks, and other skin conditions caused by hormonal changes. The soap was also used on babies because of its purity and gentleness on sensitive skin.

African black soap (ose dudu) originated with the Yoruba people in Nigeria and the Yoruba communities in Benin and Togo. The Yoruba words ose (soap) and dudu (black) literally translates to the black soap. It is also called anago samina in Ghana. (Anago is the name of a Yoruba sub-group in what is now Republic of Benin). Samina means soap in the Twi dialect of the Akan language.

Another name for the soap is alata samina which is used throughout Ghana. Alata means spicy in Yoruba. It is believed that Yoruba traders, specifically women traders, who sold tomatoes and peppers, introduced black soap to Ghana. These women were called Alatas (pepper traders) and alata samina was a term coined by the Ghanaians that meant the pepper traders soap.

Yoruba women had an important and unique role in agriculture in pre-colonial Yorubaland. They were responsible for processing raw farm produce into finished goods for trading. This included harvesting produce from trees and they also tended to the gardens where vegetables and fruits, such as peppers, were grown. They were also responsible for selling produce as well as black soap.

Traditional black soap is typically a mixture of water and the ashes of plantain skins, cocoa pod powder, and palm oil. Other recipe blends can include the ashes of palm leaves or shea tree bark, and a combination of palm oil, coconut oil, shea butter, or tropical honey.

Village women in western Africa are still handcrafting black soap. There are more than 100 varieties of African black soaps. Recipes have been passed down in families from mother to daughter. Ingredients can differ by region and each batch can be unique. Age-old formulations and production methods make a big difference in the final outcome of the soap.

How It Is Made

The process of making African black soap is involved, but in the short version, plantain peels are dried under the sun. The skins (and/or palm leaves and cocoa pods) are then roasted in a clay oven to produce ash. Water is added to the ashes and filtered. Ingredients like shea butter, coconut oil, palm kernel oil, or cocoa butter are heated and added, and hand stirred by local women for 24 hours. The soap solidifies and moves to the top. Then it is scooped out, and the mixture is set out to cure for two weeks. The soap is then prepared for sale.

Cosmetic companies often purchase black soap and add ingredients. Some of these ingredients can be natural, like lavender oil or aloe vera gel, but others add fragrance (which can be irritating to some individuals) and artificial ingredients, so buyer beware.

FAQ
Featured Video
Article Sources
Byrdie takes every opportunity to use high-quality sources, including peer-reviewed studies, to support the facts within our articles. Read our editorial guidelines to learn more about how we keep our content accurate, reliable and trustworthy.